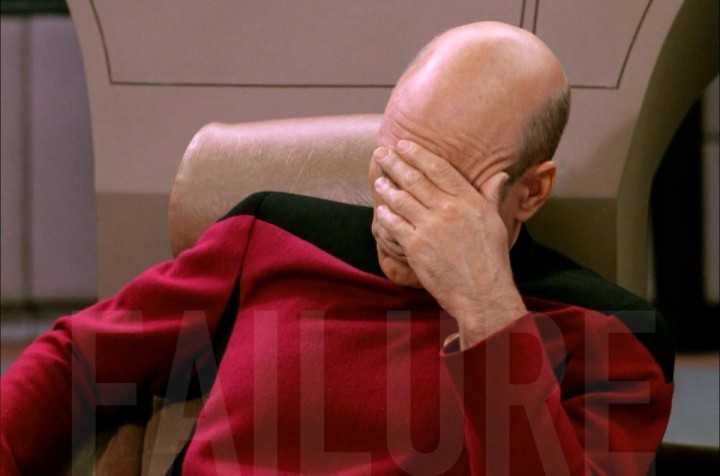 The Chinese market is massive, and for the right companies, it can be massively profitable. But in this age of internet globalization we have seen many successful foreign companies enter China with their heads held high only to later slink away in defeat. The Chinese market is big, but it is not easy. If you want your foreign startup to make it in China, here are three massive mistakes to avoid.

1. Not understanding the market and the culture

Not understanding the market is a big no-no in any country, but when foreign companies enter China it seems to happen a lot. Perhaps that’s because China’s culture – especially its internet culture – is quite different from the culture that has developed in the West. Chinese consumers have different needs and desires when it comes to online services, and companies that ignore that are usually doomed to failure.

The classic example of this is eBay, the successful American C2C ecommerce giant that copied its American model to China and got completely destroyed by local competitor Taobao. Why did Taobao win? Because Taobao understood that in China, shopping was a social and personal experience. People were used to talking and even haggling with the people they bought things from, and building relationships with them. To help make online shopping feel more like real shopping for Chinese net users, and to help assuage their concerns about being scammed, Taobao had a chat feature that allowed customers to easily talk to shopkeepers. Ebay had user reviews, but it lacked the personal connection that Chinese shoppers were used to, so it failed.

There are numerous other examples of foreign companies making this mistake. Two that readers can watch unfolding in real time – probably – are the Chinese versions of Sony and Microsoft’s next-gen game consoles. Both companies took advantage of the change in Chinese law last year to launch in the Middle Kingdom, ignoring the fact that the vast majority of ‘hardcore’ Chinese gamers prefer game genres – MOBAs, MMOs, RPGs – that don’t work particularly well on consoles because they’re best controlled with a mouse and keyboard. The jury is still out on whether either company can make their foreign consoles a hit in China, but the early signs indicate sales are pretty weak.

china-robotsEntering China on your own can be very difficult, and in some sectors, it’s completely impossible. But choosing a local company to partner with brings its own share of problems, and companies that choose poorly often end up in trouble. One of the most common issues with local partner companies is that they operate their own competing services, causing a conflict of interest when it comes to operating and promoting their foreign partner’s China operations. Sometimes, foreign companies can also be guilty of picking a good local partner but then failing to take advantage of their resources.

Groupon China was a great example of both of those problems. The American daily deals site made a litany of mistakes on its ill-fated China adventure, but among the biggest was its selection of Tencent as a local partner and its susbequent failure to use Tencent’s resources.

Tencent was a questionable pick to begin with because the company already owned and operated several Groupon-style sites. Groupon was never going to be a priority, and Tencent didn’t have much of a stake in its success or failure – it had plenty of other irons in the fire. But partnering with Tencent should have offered some big advantages like local knowledge, local staff, and access to one of China’s biggest user bases. Groupon failed to take advantage of any of these, hiring Western managers to run its China operations and continuing to do things the American way in a market where that just wasn’t going to work. Had Groupon asked Tencent for more help, it could likely have gotten better recommendations and staffed its offices with knowledgeable local talent.

A currently-unfolding example of this may be Netflix, which is currently evaluating partners for a China launch but leaning towards Wasu. How that plays out remains to be seen, but I have my doubts about the value of Wasu as a partner and fear that Netflix’s China dream could turn into another Groupon-in-China case study of what not to do. Netflix still has plenty of time to avoid this fate, though.

Another current example of local partner mistakes is Sony and Microsoft, who picked the same local partner to launch their Chinese game consoles, leading to a weird conflict of interest where one company is responsible for the sales of two competing products. So far neither is selling very well anyway, but if the console market does take off it will lead to a situation where the local partner either has to work against itself or pick a favorite between Sony and Microsoft, and leave the other one out to dry. Not a good situation for either foreign company to be in.

3. Not playing nice with the government

Especially when it comes to the internet, China has one rule that towers above all others: it’s the government’s way or the highway. Both foreign and Chinese companies can and do push the envelope from time to time, but any direct challenge to the government, or refusal to abide by its directives, is going to lead to a one-way ticket home.

Google is a classic example of this. Although the company had other problems in China, too, what ultimately proved its undoing was its failure to get along with the Chinese government. The backstory here is long and complicated (and involves some alleged hacking on the part of Chinese authorities), but the endgame came when Google decided to stop censoring search results in China, which meant shutting down its mainland China search engine entirely. Since Google left China in 2010, its services are consistently either blocked or throttled to the point of being near-useless there. When a foreign company takes on the Chinese government, there can only be one winner, and it won’t be the foreign company.

Very few foreign companies have challenged the Chinese government outright in the way that Google did, but this is still something almost every company struggles with on a smaller scale, and it can lead to big losses if you don’t account for it before entering. It’s another big problem Netflix will need to be wary of if it does plan to launch in China: every one of its shows will need to be approved for content by the Chinese government and any edits will have to happen on Netflix’s dime. If there are a lot of problems, this can get expensive very quickly.

As is likely evident from the examples above, the biggest China failures are companies that make lots of mistakes, not just one of these. But other mistakes can be navigated around; get one or two of these wrong and you’re likely not going to make it in the Middle Kingdom. So foreign startups aimed at China, consider yourselves warned. An ounce of prevention is worth a pound of cure, and working your issues out before you make any of these mistakes could save you a lot of time, trouble, and money.

How Singapore Has Become a Vital Bridge Between Silicon Valley and Asia
February 10, 2016
Recent Articles
Go to Top