You are here:
BusinessStartups 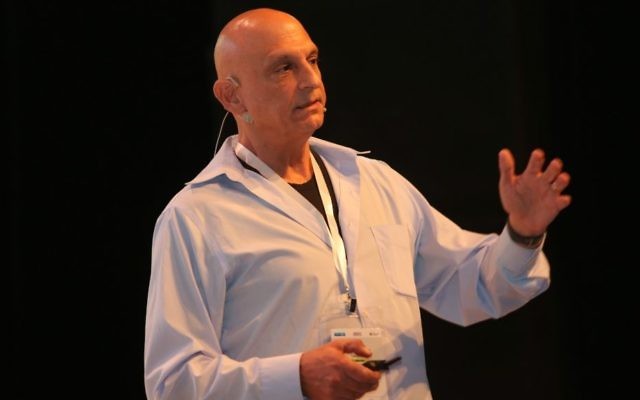 Israel should start defining itself as a technology nation and not a startup nation anymore in light of the fact that it is managing to grow more mature companies over time, a top Intel Corp. official in Israel said at a conference on Tuesday.

“We are in a new era,” said Ran Senderovitz, VP, general manager at Intel Israel Development Centers at the Technovation Conference in Tel Aviv on Tuesday. “We must define Israel not as Startup Nation but as Tech Nation. To define Israel as a Startup Nation is like saying we are Peter Pan — we are this kid that never grows up; we are eternally young. The fact that multinational companies invest in Israel is proof that we can not only create technologies but also grow them in the longer term.”

Companies like Intel, Google, Apple have been snapping up Israeli firms and setting up research and development centers in Israel to make sure they are on top of new technologies being developed in the so-called Startup Nation — the name comes from a book by Den Senor and Saul Singer — which creates some 1,400 new startups a year. But rather than selling off early, as was once the case, entrepreneurs are holding on to their companies for longer in the hope of getting better valuations at a later stage of development.

Some 1,400 startups get created every year in Israel and some 800 shut down, said Aharon Aharon, the newly appointed chief executive officer of the Israel Innovation Authority, formerly the Office of the Chief Scientist at Israel’s Ministry of Economy and Industry.

“Do entrepreneurs really know what they are getting into?” he asked attendees at the Technovation 2017 Conference. Aharon formerly headed the activities of Apple in Israel.

“Irresistible passion” in an idea and not looking for a quick exit is key, he said. Entrepreneurs should believe their product is going to be a game changer; they must also be willing to take on sacrifices. “You can’t take your children three times a week to the playground or train to be iron woman” if you want to succeed with a startup, he warned. In addition, entrepreneurs should have deep knowledge in one of two things: either know the technology well or know the market and who the competitors to this technology will be.

Entrepreneurs also need to know when to take a step back and bring in the experts they need to complement their abilities, as well as be ready for the “roller-coaster ride” of successes and failures the company will encounter along the way. “If you have no stomach to absorb the roller-coaster ride don’t start. You must understand what you are getting into.”

Charisma – and the ability to talk and convince customers and investors — is also a key quality entrepreneurs must have. “Good looks are for Tinder, not for a startup,” he said, referring to the popular online dating app.

The ability to take tough decisions and be alone when taking them is also a must, he said. This could mean firing your best friend who no longer suits the needs of the company, or changing direction of the product to fit market needs.

And patience. “On average startups need seven years to succeed,” Aharon said. It took Mobileye, the Jerusalem-based developer of advanced vision and driver assistance systems set up in 1999, some 15 years before its IPO in New York and some 18 years before its sale, in March this year, to Intel Corp. for $15.3 billion.

Louise Phelan, VP CEMEA at online payments processing firm PayPal, who grew up in Ireland in a family of 17 children, said women especially need to overcome a confidence problem when entering the labor and technology market. When you get up in the morning make sure to “take a spoon of confidence” along with your coffee, she advised. “Believe in yourselves.”

Technology leaders should make sure to constantly learn and develop by seeking feedback; they should also make sure to know when to take decisions, to learn from failures and move on from them. “Just as we celebrate successes, we must also celebrate failures,” she said. “In life, 10 percent is what happens to you and 90% is what you do about it,” she said.

The CEO of Check Point Software Technologies, Gil Shwed, spoke about the need to be dedicated to your company. For the first three years after setting up the cybersecurity firm he heads, he “cut off friendships, had no family,” he said. Only after the IPO in June 1996, three years after the company was founded, did he start to rebalance his life with friends and family, he said. He now works “just” eight to nine hours a day.

The temptation to sell out early was great, especially when the founders got a $3 million offer from BRM at the very early stages of the company, Shwed said. “But we believed in the company and did not even enter negotiations,” he said. Check Point’s market value on the Nasdaq at close on Monday was almost $19 billion.

When running a company, Shwed said, it is important to give your workers a feeling that they are doing something important and making a difference. And he channels any unrest he may feel after so many years at the head of his firm into the company itself. “My drive is to do better,” he said. “I push to get better results.”

How Singapore Has Become a Vital Bridge Between Silicon Valley and Asia
February 10, 2016
Recent Articles
Go to Top